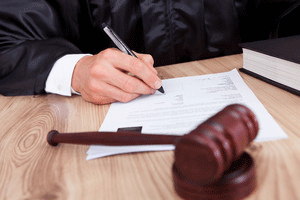 Family law cases are rarely simple matters. Whether it is a child custody case, a divorce, or even a dispute over alimony, family law matters can come with a great deal of emotional and mental stress. Unfortunately, there are some cases in which a party might not want to comply with the orders of the court. When this happens, it can be easy to feel helpless, especially since by this time, the case will have been finalized in court. Fortunately, working with a dedicated, skilled attorney can help enforce any family law court orders that might be neglected by the other party.

In any family law that is not dismissed, the end result will generally be an order of some kind. In child custody cases, the order would be a parenting plan and timesharing plan, whereas in divorce, the order would contain the division of property and would regulate any alimony to be paid. While a court order is a direct order from the court, and must be obeyed by the parties to the case, at the end of the day, it is up to each party to comply with any and all court orders. For example, even though a court has ordered a parent to allow the other parent to speak with and spend time with a minor child, a parent may still choose to violate the order and restrict access to the minor child. In another example, a former spouse may choose to refuse to, or might be unable to provide alimony or child support payments as ordered by the court. In both situations, a choice is made to violate the court order. While it can seem like a helpless situation, the court does take such matters very seriously, and there are ways to compel compliance. There are options, however, that can be taken by working with an attorney.

While most actions will be settled within the court, one of the things an attorney can help with would be drafting and serving a letter of warning upon the non-compliant spouse. While it is not common, such action can motivate individuals who do not comply with court orders to begin cooperating with the system. In some cases, it may even be the court that issues a warning to the noncompliant party. Overall, however, this action is the least restrictive means of enforcing a court order. If push comes to shove, and a party still refuses to comply, then a party may request further enforcement through a contempt order.

Ideally, compliance with court orders should not be an issue people would have to worry about. Unfortunately, due to life circumstances or to personal choices, people may not be able, or be willing, to comply with a court order. In such cases, it is possible for the court to hold an individual in contempt, and to take appropriate measures to fix the non-compliance. While contempt is another order, the penalties of contempt can be severe and rarely require the compliance of the other party.

In some ways, the process for filing for contempt is similar to that of an ordinary case. In order to obtain an order for contempt, a party must first file a Motion for Civil Contempt/Enforcement with the court. In this motion, a party must state what the party has failed to do in relation to any existing court orders. After filing the motion, and after the motion has been served, the court will then set a date for a hearing. In this hearing, the individual filing the motion will be responsible for proving that the other party did not comply with a court order. Once a party has shown non-compliance, the court will then allow the non-compliant party to provide a reason as to why the order could not be followed. If a party is held to be in contempt, the court may issue a number of penalties that could have serious effects on an individual’s life.

As can be expected, courts take non-compliance with orders very seriously. As such, individuals who are found to be in contempt may suffer some very serious penalties. Types of penalties include, but are not limited to:

While it is possible to try and handle your own case when enforcing family law court orders, the skill and experience of a family law attorney can provide you with insight to issues that you might not have seen, and can also help you avoid simple mistakes that could lead to disastrous results. At the end of the day, the fees associated with attorneys are a small price to pay to ensure that court orders are fulfilled.