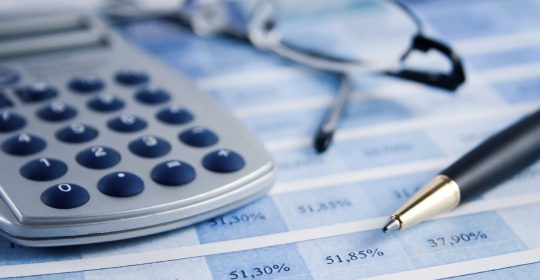 Divorce issues can cause a lot of conflict between spouses. The issues of who gets what, or who has custody of the children can prove to be stressful and complex during divorce proceedings. Sometimes, however, there are situations where parties to a divorce aren’t entirely forthcoming. Assets not revealed to the court during divorce proceedings, or the opposing party, are known as “hidden assets.” A party might not disclose an asset for several reasons ranging from simple ignorance to willful deception. The big question is how a divorce agreement or decree can be modified to reflect the current assets of both parties. Fortunately, Florida law provides for some modification of a divorce decree, but it is important to first get a better understanding of hidden assets.

One thing to keep in mind when discussing hidden assets is that they aren’t just stacks of money a spouse kept hidden in a briefcase somewhere. Hidden assets are any financial matter or issue misrepresented, or not disclosed, to the other spouse. Examples of hidden assets include:

The necessity of accurate property and income valuation in a divorce case cannot be understated. When parties to a divorce provide income statements and valuations for properties and businesses, they are asserting to the court that all information contained in the statement is correct and accurate. If there are hidden assets, an accurate determination cannot be made, and can cause problems long after the decree of judgment is made. An obvious divorce determination affected by hidden assets is that of property division. However, it does not stop simply at marital property, since the court also uses personal property in deciding how to divide marital property. As a result, hidden personal property could tip the scales in favor of the party hiding assets. In addition to this, there are also the issues of spousal and child supports, which both use the net income of the parents to determine how much a party should receive in support. Finally, there is the child custody determination, in which known assets, the character of the parents, and other factors, help determine what is in the best interests of the child. If it is discovered that a party wilfully concealed or misrepresented assets to the court, then that discovery could have a large impact on the court’s custody determination.

Under Florida Statute 61.14, a party to a divorce may modify a decree for divorce if the “circumstances or the financial ability of either party changes.” In any divorce, both parties are required to disclose all assets owned, both marital and personal, so that an equitable division can be made. Naturally, however, in order to modify an order due to the discovery of hidden assets, you first need evidence that the other party misrepresented facts to the court or has hidden assets.

Evidence you can use to determine or prove the existence of hidden assets include tax forms, bank records, and any interrogatories, testimonies, depositions or other court documents from the divorce case. Tax forms, for example, can prove discrepancies between what was said in the trial court, and what the other party actually reported to the government. In addition, bank records for the opposing party can be used to establish the existence of income that is being moved around. Other things to look for in financial affidavits from the divorce include:

You can also use personal testimony from friends or relatives who have knowledge of certain assets you were not aware of, or of statements made by the other party in which he states that he hid assets from the court.

In the event you prove that there were assets that were hidden or concealed during the divorce case, one action the court may take to assist you is to retroactively increase the support payments that the other party is obligated to make. If a court chooses to retroactively increase support payments, it would attribute the increased income to the party hiding the income, apply that income to the support guidelines, and require that party to make up the difference as unpaid spousal or child support. (Learn more about he consequences of not paying child support).