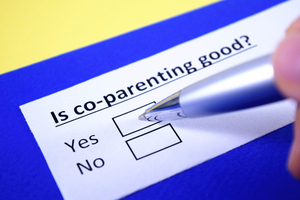 Child custody is often a topic that is hotly debated in a divorce. Both parents may want full custody. One parent may want sole custody. A parent may be trying to keep the child away from another parent with drug or alcohol addiction issues.

For the most part, parents want to be a part of their children’s lives, and it is hard for them to have to share the children with the other parent. There are also concerns about stability. Moving a child back and forth between two different houses can be stressful, especially if the parents do not live near each other. Where will the child go to school?

There are many options for child custody, such as scheduling alternatives. One innovative idea that offers stability and the ability for both parents to see their children regularly is a concept called birdnesting.

When parents agree on this arrangement, they are putting their children’s needs first, which is commendable. However, this type of child custody arrangement requires hard work. Putting the discomfort aside and abiding by a parenting plan will be worth it in the long run.

Birdnesting is a good idea for parents who live close by and can communicate well. It minimizes disruption among the children, so they can better deal with their parents’ breakup. They do not have to deal with crazy schedules and wonder where they will be on a certain day. Birdnesting is often used as a temporary arrangement for younger children. While it can be done on a permanent basis, most parents cap it at three to six months. This gives children enough time to transition to the idea of divorce without them thinking or hoping that their parents will reconcile.

Birdnesting has many benefits. The most obvious one is stability for the children. The children do not have to be shuttled around from one home to another. They get to stay in the home they are used to, which allows for a smoother transition as their parents change their statuses from married to divorced.

Birdnesting is also a good idea if you and your spouse are undecided as to what to do with the marital home. Maybe neither of you wants it, but it might not be a good idea to sell it right away due to the housing market. Or perhaps one of you wants to buy the house, but you need more income in order to refinance it. A few months of birdnesting can give you time to get a job and increase your income and savings. In the meantime, you can use the home for the good of the children.

If done correctly, birdnesting can reduce your housing costs. If you decide to share the second home with your ex-spouse, then you can simply rent a small apartment instead of two large separate houses. Your utility bills will likely be minimal, as well.

Birdnesting also offers emotional advantages. As parents, you get peace of mind knowing that your children are not being dragged around in a nasty divorce. You are doing what you can to increase stability and reduce stress. Birdnesting may be helpful for you as well. Maybe you have strong ties to your marital home and are not ready to move out just yet. Birdnesting gives you a little extra time to prepare for a new life as a single parent.

One disadvantage of birdnesting is that it gives children false hope. If they see that the parents are still in the same home—just at different times—then they may think that the divorce is not really happening and that they will be a happy family again. This is why experts recommend using birdnesting for just a few months, as a transition.

Birdnesting can be expensive if the parents choose not to share a residence. Perhaps there are trust issues and they would not feel comfortable sharing their home with their ex. Having three different residences would be cost prohibitive, which means birdnesting would not be a wise choice.

In addition, by sharing a home with your ex-spouse, the lines are blurred. Who pays for various expenses? If money was an issue when you were married, imagine the problems it can cause post-divorce. Having to split expenses can be a nightmare. You may wish to avoid this drama altogether.

There can also be issues regarding taxes and child support. Who claims the children and the house on their taxes? The same goes for child support. How is that calculated? Who receives it? Is it even paid at all?

There are many effective child custody arrangements. Birdnesting is just one of them, and while it may look attractive, it may not be the best choice based on your situation.

Parents are often concerned about the well-being of their children after a divorce. Birdnesting is one way to offer stability and reduce stress. Learn more about your custody options by contacting Palm Beach divorce attorney Scott J. Stadler. He can help you make the right choice for the best interests of your children. To schedule a consultation, call (954) 346-6464 today.