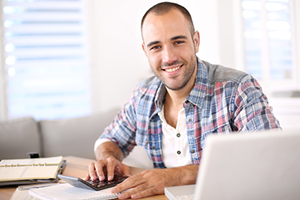 Spousal support, also known as alimony, usually falls into two general categories: short-term and long-term. Florida law allows spousal support to be ordered by a judge while a divorce is being litigated before it is final or on a particular basis after the divorce is final, as long as a judge finds the need for such support in the intended recipient and the ability of the other spouse to pay such support. A number of different factors are used to determine what, if any, support is to be paid as a result of an impending or finalized divorce.

It is not uncommon that, when they hear the term spousal support or alimony, many people call to mind an image of the recipient of such support being a woman. However, while that may have been the case in most instances in the past, it is no longer necessarily the default scenario for spousal support or alimony. Florida law allows for both women and men to be the recipients of spousal support. In fact, it is becoming increasingly more common for men to receive spousal support. During the last census, 3% of spousal support recipients were men, according a report from Reuters on the subject. While this number is low in comparison to the whole, it stands to increase as the dynamics of the American family continue to evolve. For instance, more and more men are choosing to stay home with their children while more and more women are becoming the primary breadwinners in the family.

Below, you will find a brief overview of some factors that help determine what, if any, spousal support might be owed. You will also find a couple of different scenarios in which a male might be eligible to request and receive some form of spousal support.

In 1979’s Orr v. Orr, the United States Supreme Court weighed in on the gender bias that seemed to be inherently found in alimony laws. While this particular case did not involve and ex-husband requesting spousal support from his ex-wife, it did contend that the state laws requiring him to pay his ex-wife spousal support were unconstitutional because of their reliance on gender roles. The man argued that his state’s alimony statutes stated that husbands, but not wives, might be required to pay spousal support. According to the argument, this statute operated in a gender-biased fashion, and the Supreme Court ultimately agreed. The Supreme Court’s opinion in this case said that such gender-based laws inherently carried the risk of reinforcing stereotypes about the proper place for men and women, and the true goal behind such statutes could be equally and potentially better served with gender-neutral laws.

However, even though the Supreme Court has stated that spousal support laws in the United States should not be gender-biased, that does not mean that a bias does not still exist. Many judges and attorneys may still operate under the impression that a man is not entitled to spousal support, and research has indicated that many men that request spousal support are more willing to drop such requests during divorce litigation negotiations.

In reality, Florida law contemplates many factors in determining spousal support obligations. These factors include, but are not limited to, the following:

A married couple may find themselves in a situation in which both parents have extremely demanding jobs. When children enter the picture, serious discussion and contemplation of a family’s circumstances may lead the husband and wife to determine that it is in the family’s best interest for the husband to stay home with the children to avoid the children growing up in a situation where both parents are continually being called away for work-related purposes. If the husband takes an extended break from his own career to help raise children and the marriage ends in divorce, the husband has made a significant sacrifice in his earning potential by leaving his previous  profession. The husband may have the potential to request and obtain spousal support for a period of time adequate to allow him to seek retraining and other educational tools in an effort to reenter the workforce in a position close to that which he held previously.

It may not always be financially viable for there to be a single breadwinner in a family, regardless of whether or not that person is female or male. In this scenario, when children enter the picture the husband and wife’s contemplation of their financial circumstances may lead them to decide that the husband will take a less demanding job making less money than his earning potential would allow in order to still contribute to the family’s financial obligations while retaining the flexibility to be at home more often with the children. Here, the husband has not left the job market but may have significantly decreased his earning potential in order to spend more time at home. This decision may also enable the husband to seek some form of spousal support until he is able to reenter the job market at or near the same earning potential that may have been previously sacrificed.

Spousal support is not and should not be based on gender. The purpose of spousal support is to ensure that the recipient can become financially independent and live at or near the same standard of that which existed during the marriage. If a person, regardless of their gender, has made sacrifices or invested in a marriage, then that person should be entitled to reclaim that investment after divorce. Spousal support is a means to begin doing that.

If you find yourself on the path to divorce and want to gain more information about matters like spousal support, a family law attorney with experience in spousal support can help you understand the controlling Florida statutes and see how spousal support factors into your divorce based on your individual circumstances. Contact Scott J. Stadler to schedule a consultation today and start putting his 26 plus years of family law experience to work for you.