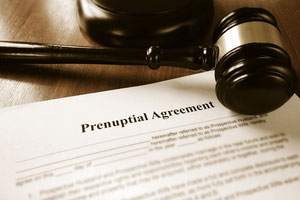 Prenuptial agreements were traditionally marital contracts that were relegated to the wealthy and elite. They still play a significant role in celebrity and other high-profile divorces. However, prenuptial agreements are much more common than many people may realize. Prenuptial agreements have become more accessible to the general public, and with the variety of nontraditional marriages and families that exist today, they are becoming less mysterious.

Prenuptial agreements are subject to the guidelines of the state in which they are entered into. However, most states have the same basic requirements which can include:

There are other important nuances that can affect the validity of a Florida prenuptial agreement that depend heavily on your individual circumstances. An experienced Florida family lawyer who understands these nuances can help you understand how they may impact your agreement and your marriage.

Many individuals considering prenuptial agreements are concerned about the aspect of fully disclosing their finances. However, doing so is essential to creating a successful agreement. Squirreling away money or leaving out assets could result in the agreement being thrown out should the need to enforce it ever arise.

It is in both individuals’ best interest to comply with a full and complete disclosure. While this might seem to some as giving away too much information, it is ultimately a mechanism for protection because it can help specify exactly what your premarital assets really are should there be a discrepancy about them down the line.

While favoring one party over the other is not illegal, an agreement that is excessively one-sided could be found to be unconscionable. Courts will not enforce an unconscionable agreement, so it is extremely important to approach a prenuptial agreement with reasonable expectations along with clear goals and objectives.

Like other contracts, prenuptial agreements cannot be used to compel an individual to do anything against his or her will, nor can they be used to encourage or require any illegal activities. At the same time, prenuptial agreements should avoid unenforceable provisions like requiring one specific party to do the laundry every Saturday or requiring the other spouse not to become hospitalized for an extended period of time. These sorts of provisions muddle the agreement and lend it to being invalidated because terms like these are not enforceable.

Provisions Regarding Child Custody or Support

Most states, including Florida, require that both parties have access to independent legal counsel. This is important to ensure that both parties fully understand the legal implications of the agreement. Prenuptial agreements can have long-lasting effects on a person’s future and finances, so ensuring that the individuals entering into those agreements understand their rights and are able to advocate for them in negotiating the agreement is essential.