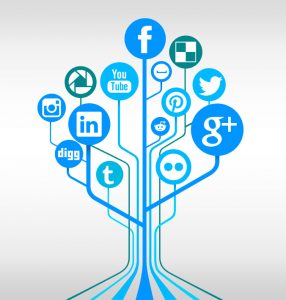 In the age of information, it is easier than ever to stay in touch with people. With that connectivity, however, come several drawbacks. Words that are said on social media services are rarely private, and in many situations they have been used as evidence in legal cases. While there are a number of social media pitfalls one can encounter while involved in a lawsuit, those listed below are some common ones to avoid during a divorce.

While most social media pitfalls come through public posts, there are several that can come through the private messaging function available with most social media services. Arguing through text, sending abusive messages containing insults or disparaging comments, harassing your spouse through mass messaging, or other similar actions can harm your case. While it might feel good to get even, and while you might feel as though nobody’s getting hurt, the only one losing from such exchanges is you. Not only would such messages be admissible in court, but they could also factor into a judge’s decision regarding child custody or property division. Not only will maintaining civil communications with your spouse do the least harm to your case, it may also help maintain a civil co-parenting relationship.

While most people enjoy sharing the high points in their life, providing photos and posts about a recent vacation or a newly purchased vehicle, can be damaging to a case. This is especially true when spousal support, child support, or any other financial issues are pending within the court. Not only will your spouse be able to call into doubt your income level, but such posts can be viewed in a negative light by other parties, especially if your spouse is claiming financial difficulties. Divorce can be a stressful process and can put a burden on one’s finances. As a result, it is best to avoid such public displays in order to keep the peace between parties.

A divorce is not final and official until a judgment is made by the court. That being said, life doesn’t stop during a divorce proceeding, and some people may even begin new relationships during such a time. It is best to avoid providing any posts or photos regarding any new relationships that started throughout the divorce procedure, as they could lead to heated conflicts between you and your spouse.

Posts About Your Parenting Style

In addition to posts about new relationships, in cases where you have custody over minor children, avoid posting information about your parenting style. While there may be nothing wrong with the things you do with your children, in some cases, it might not take much for the opposing spouse to make the argument that you inadequately supervise your children or that you are an unfit parent due to your parenting skills, or lack thereof.

While there is no law against enjoying yourself during a divorce proceeding, posting pictures of yourself while intoxicated is another common pitfall spouses involved in a divorce proceeding make. Not only can the opposing spouse make an argument against you based on such photographs or posts, but that evidence can negatively impact your arguments in a custody hearing.

Checking in at Locations on Social Media Sites

Just as questionable photographs can be used against you in a divorce proceeding, so too can location postings, especially if you are involved in a custody hearing. Not only could repeatedly checking in at places like bars or clubs depict your drinking habits as unhealthy, but it could also prove to be hazardous to your safety, especially if domestic violence has been an issue in your relationship.

Blogging About Your Case

Much like other forms of social media, blogs are available to the general public and are, for the most part, admissible in court. While it may be cathartic to maintain a public journal, expressing your feelings and putting out your opinions on your divorce case, such posts can give the court the impression that you are not taking the case seriously. The court will likely take into consideration any disparaging blog entries you may make about your spouse and can use such information when deciding custody matters.

When going through divorce proceedings, the most important thing to keep in mind is to use social media responsibly. Before posting anything you might think is questionable, remember to ask yourself if you would really want this information appearing before court or before your children.