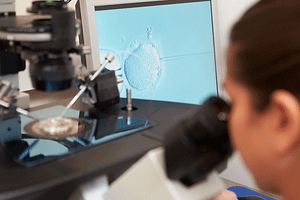 Almost every person going through a divorce can tell you that it is a difficult process and can be even more difficult when children are involved. These problems present unique challenges to same-sex couples seeking divorce in Florida because there is much less related case law for judges throughout Florida to use as guidance in determining the parameters of a same-sex divorce, especially when children are involved. Below are several considerations that same-sex couples should keep in mind during a marriage, while raising children, and during a divorce if they have elected to get one.

Qualifying for Divorce in Florida

Whether spouses seeking a divorce are in a same-sex marriage or a heterosexual marriage, they must meet certain requirements in order to file for and be granted divorce in Florida. The primary requirements for Florida divorce are that one of the spouses in the relationship must have resided in Florida for a period of at least six months immediately prior to filing divorce. If this requirement has been met, then the spouse seeking divorce may file for divorce in the Florida county where one or both of the spouses in the relationship lives at the time a divorce is being requested.

The spouse seeking divorce must demonstrate to a court that the marriage is irretrievably broken or that one of the spouses is mentally incapacitated. There are many ways to demonstrate that a marriage is irretrievably broken, and in Florida it is easier to do so than in states that require proof of adultery or have other specific elements that must be proven in order to grant a divorce. In cases in which the other spouse does not challenge the divorce, the divorce is known as an uncontested divorce. However, when a spouse challenges the assertion that a marriage is irretrievably broken or when spouses cannot come to an agreement on the terms of a divorce, the divorce is known as a contested divorce. Uncontested divorces require less time to process and can be significantly less expensive for the parties involved. However, given the emotions and stress involved in the divorce process, it is not uncommon for a divorce to be or become contested during the process. The stakes become even higher when children or large financial assets are also involved in the divorce process.

Same-sex couples may bring children in a relationship in a variety of ways. They may choose to adopt a child, in which case both parents may be listed in the adoption papers as the legal parents of a child. In cases where only one parent is listed as the legal parent of an adopted child, such as when a partner adopts a child prior to beginning a relationship with someone that wishes to be the child’s other legal parent, it is important for both partners to agree to a second-parent adoption so that both partners can be legally recognized as a child’s legal parents. If second-parent adoption is not done, custody battles that result from a divorcing same-sex couple can be extremely difficult.

The importance of second-parent adoption and ensuring that both partners in a same-sex marriage are recognized as the legal parents of the child cannot be underestimated. In Florida, like many other states, if you are not recognized as a parent by law then you risk not having any legal right to access the child after divorce. Without legal recognition as a child’s parent, you cannot be granted visitation or custody rights pertaining to that child. Second-parent adoption can be tricky in some cases, especially when one partner is the biological parent of a child they had with someone of the opposite sex prior to the same-sex marriage. However, it is not impossible in those cases, and it is an extremely important consideration for any same-sex couples considering parenting. A family law attorney with experience in adoption procedures can help explain the process, options applicable to your specific circumstances, and the potential consequences of failing to enter into such legal agreements.

Determining what amount, if any, must be paid by one spouse to another for purposes of spousal and/or child support in same-sex divorce is the same as it would be for determining these amounts in a heterosexual divorce. For purposes of child support, Florida law allows courts to consider the following:

According to Florida law, the court or agency making a determination on the amount of child support due from one parent to the other is dependent upon following these established guidelines, which can only be deviated from in special circumstances. When considering and initially filing for divorce, a family law attorney with experience handling divorce proceedings that involve children can help you determine what amount, if any, you might receive or owe in child support. Preparing for the financial impact of monthly support payments is an important step in the divorce process so that if an amount is ordered, you are financially prepared to make or receive that payment.

Spousal support, commonly referred to as alimony, is a monthly payment based on one spouse’s financial dependency on another during the marriage. For instance, if one spouse elects to stay home and raise a child instead of remaining in the workforce, there may be a need for temporary spousal support until the spouse has received the training or other tools that may be necessary for him or her to reenter the workforce. Florida spousal support is generally based on the length of the marriage as well as several other factors found in Florida spousal support laws, and the marriage must qualify as a long-term marriage under Florida law in order for spousal support awards to be permanent. In Florida, a long-term marriage is considered to be so when the marriage has lasted for 17 or more years. This poses an interesting question for same-sex couples that have been together for many years and are now going through a divorce. Due to the fact that same-sex marriage was illegal in Florida and many other states until the Supreme Court recently determined that same-sex couples in every state have the right to marry, it would be almost impossible for a same-sex Florida spouse to demonstrate that their marriage had, indeed, been a long-term marriage.

Divorce is an issue left to states to decide, so long as states do not violate any federal laws or protections when passing laws regarding divorce. As such, some states have gotten a head start on determining what new issues same-sex divorce might bring to the table. However, the reality is that the impact of same-sex divorce on state laws has yet to fully be seen. It will take some time to iron out wrinkles in the law to accommodate for the right of same-sex couples to marry nationwide, and subsequently to divorce should they choose to. In the meantime, guidelines that have applied to heterosexual divorce in states like Florida will be applied to same-sex divorce, too. Regardless of the composition of your family, divorce is never an easy process. It can be complicated and confusing, and having a family law attorney with experience handling divorce proceedings to advocate for you during the process is extremely important. For more information on the various considerations related to a same-sex divorce, contact Scott J. Stadler for a consultation.