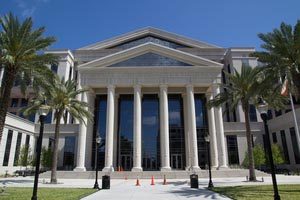 The divorce process is unique to everyone that experiences it. Sometimes, it is possible for both spouses to agree to the terms of a divorce. When this happens, a divorce is referred to as uncontested. However, when both spouses are unable to reach an agreement on the terms of the divorce, the divorce is referred to as contested. Contested divorces can take longer, especially when children are involved or if there are extensive assets that must be divided. When spouses cannot agree to the terms of a divorce, a Florida judge will determine the outcome of the divorce including division of assets and any support payments that may be appropriate. The hearing takes place without a jury, and the judge can use his or her discretion after seeing evidence and listening to any witnesses that may be part of the trial in order to determine the most appropriate outcome for the divorce. If the parties to the divorce are not satisfied with the outcome of the divorce proceedings, they have an opportunity to request an appeal of the divorce decree.

How do Florida Divorce Appeals Work?

Your Florida divorce starts when you file a form known as a Petition for Dissolution of Marriage in the circuit court of the county in which you are filing. Once the process has been completed and the judge has made a final determination about your divorce settlement, you can file an appeal of the divorce order. Depending on the type of appeal you pursue and the outcome of that, various processes are set in motion after initiating an appeal.

What Types of Florida Divorce Appeals are There?

There are several different types of appeals available depending on where your divorce was heard. Timing is critical in each of the different processes, so you must make sure to act as quickly as possible when you decide to appeal your divorce judgment. Your options for appealing a divorce include:

When can You Appeal a Divorce?

You have the right to appeal a divorce for pretty much any reason. However, the appeals process can be lengthy and costly. Working with a family law attorney that focuses his or her practice on divorce is an important step in considering whether or not to appeal a judgment. It is important to remember that you are not guaranteed a better ruling simply because you have appealed the original ruling. In order to be successful in your appeal, you need to have a valid reason for appealing the original ruling other than simply not liking the terms. You will need to present clear and convincing evidence that the trial court did not follow established Florida divorce law or that important facts were overlooked, such as hidden assets.