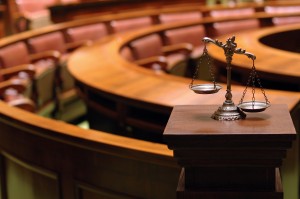 Recently there has been a movement afoot in Florida to reform the current alimony laws.   In 2013 Governor Rick Scott refused to sign a law that would reform alimony as we know it in Florida.  The originators of that bill decided not to re-introduce the law for 2014, but do expect a new version to be introduced in 2015.

One of the primary problems with getting the 2013 law signed into law was that it would have been retroactively applied to already adjudicated divorces.  This would have wreaked havoc on the courts, the parties involved, and those who have relied on prior final judgments in their divorces.

One of the primary objectives of the alimony reform bill was to change the definitions of the duration of a marriage.  Currently, the time period for a “short duration” marriage is less than 7 years; a marriage of 7-17 years is considered “medium duration” and a marriage of 17 years and beyond is considered a “long duration” marriage.  The new legislation adjusted these numbers to up to 11 years for a short marriage, 11 years to 20 years would be a medium duration, and 20 years and beyond would be a long duration marriage.  There would be a presumption against alimony awards for a short-term marriage and for alimony awards for long term marriages.

Another major point of reform was the abolition of permanent alimony and limiting the duration of the alimony to one-half the length of the marriage.  The judge would have discretion to award alimony for a longer period of time in certain cases, such as in the event of disability of the recipient spouse or other exceptional circumstances.

On the Side of Alimony Reform

Proponents of alimony reform feel the current Florida alimony laws are “draconian” and “antiquated” because of the possibility of permanent alimony awards.  Their argument is that the laws are stuck in the 50’s, where women mostly stayed at home and men were the breadwinners.  In those days, alimony was much more commonly awarded to the woman of the divorcing couple.  The theory is that many women are now more equal earners, and the approach to alimony needs to move into the 21st century.

The reform advocates also point to the fact that judges appear to have wide discretion, which leads to unfair and inconsistent alimony awards.  They want to institute guidelines, similar to the guidelines set out for child support.  The guidelines would address duration of alimony and amounts based on the length of the marriage.  The American Academy of Matrimonial Lawyers endorses the idea of guidelines for the determination of alimony.  Their view is that established guidelines would minimize litigation between the parties, allowing for easier settlement.

Another big issue for advocates of the alimony reform is that of retirement.  They point to a number of cases where the paying spouse wants to retire, or must retire for health reasons, or is forced to retire and that spouse must continue paying.  In some instances they must pay out of a pension that has already been divided or offset in the initial split of marital assets.  If a prospective retiree wants to modify the alimony, they must go back to court and prove the substantial change in circumstances that is required for modification.  It seems to hold the paying spouse hostage to their employment, and proponents say that is not fair.  The reform movement wants to make modification upon retirement easier.

A stated goal of the alimony reform advocates is to make the rules regarding “supportive relationships” or cohabitation more strident and make the proof of that relationship less burdensome.  They cite a number of cases where a former spouse was cohabitating with a new person, yet the courts did not think it fulfilled the “supportive relationship” standard and refused to modify or terminate alimony.  Currently there are a number of criteria to consider before that finding can be made.

On the Side of Keeping the Status Quo

Opponents of the reform as it currently proposed say that implementation will lower the standard of living of many who would otherwise receive alimony.  The argument is that this will increase the burden on the state, as many more divorcing spouses may need public assistance simply to exist.

They also say that these measures are anti-women, as women are still the majority of alimony recipients.   Also, in many cases women gave up marital property they might otherwise be entitled to in exchange for alimony.  This becomes a politically charged point, especially in light of upcoming elections – no one wants to alienate a base of voters.

Advocates of keeping the current laws have stated that Florida’s laws are some of the most progressive in the country, as exhibited by the “supportive relationship” law and the statutory language regarding the award of alimony.  The statute makes clear that the award should be based on need of support on one hand, and the ability to pay on the other.

Status quo believers also say that it is a good thing that judges have wide discretion in these matters, to shape an arrangement that will fit a particular set of circumstances.   They fear that trying to jam all dissolution situations into a fixed set of boxes will be like trying to fit square pegs in round holes – it simply won’t work well for anyone.

It is interesting to note that many on both sides of this issue want the retirement problem addressed, as they admit it is a thorny problem for many.

The sponsors of the alimony reform bill decided not to pursue the matter in 2014, and will instead re-tool the legislation for 2015.  This new bill will likely not include retroactive application, but will still include guidelines for amounts and duration.  It will also deal with the retirement issue and a more definitive rule regarding supportive relationships.

There has been mis-information disseminated on both sides of this issue, and the controversy is not likely to go away just yet.  The general feeling is that some type of alimony reform will be passed in 2015, but the specifics are as yet unknown.   The result of the upcoming race for the governor’s office may impact the alimony reform, as there are some distinct political considerations on this matter.

If you have questions concerning this, you should consult with an experienced family law attorney.  While no one has a crystal ball, they will be able to provide you with answers as to the current state of alimony laws.