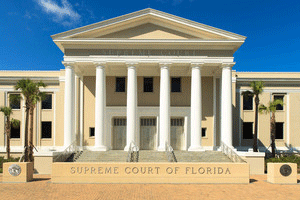 Family law matters can contain a number of emotional and complex topics. Whether it is the division of property or determining spousal support, there are matters that can change people’s lives. Perhaps no issue, however, has more impact on the lives of parties to a divorce than that of child custody. While some people might be okay with losing the right to access certain property, few, if any parents would accept losing the right to spend time with their own child, especially if it were the result of a court hearing. While there is already legislation that regulates child custody in Florida, there have been attempts to reform child custody in Florida. Notably, the Florida Senate has attempted to reform child custody determinations by putting forward a bill that seeks to remove certain biases that may exist within the current system.

Before looking to the Senate’s bill, however, it is important to first look at the current system to better understand any changes that they sought to make. In Florida, child custody matters are regulated by Florida Statute 61.13. One of the most notable differences between Florida and other jurisdictions is that, unlike most states, Florida does not use the terms legal and physical custody when discussing matters of child custody. In Florida, parents would seek to set up a parenting plan, which would regulate both parental responsibilities and a time-sharing schedule. While the terms may be different, the application is similar to that of other jurisdictions, with parental responsibilities relating to legal custody and the time-sharing plan relating to physical custody.

While the court would attempt to determine the best course of action absent any agreement made out of court, the primary focus of the court would be the best interests of the child. This greatly differs from other family law matters, such as property division, where the focus is on the justice and equity between the parties to the case. In matters concerning child custody, however, the focus is on the well-being of the minor child.

That being said, it is still possible for the court to make decisions based on traditional social biases. In some cases, courts may decide to ignore the determination of the best interests of the child, and place the child with a parent, basing the decision on the gender of the parent, as opposed to any other qualities the parent may have. While there have been advancements in the societal view of parenting, turning away from a solely gender-based analysis, there are still occasions when traditional values might cause the court to overlook what is truly in the best interests of the child.

The Senate’s answer to the issue of biased decisions in child custody cases can be found in Senate Bill 250. While this bill ultimately died in messages in the House and will not become law, it is still important to examine the changes that were sought.

One of the biggest changes the bill sought to make to child custody determinations was to make a presumption for equal time-sharing. Under the current law, there is a presumption in favor of providing each parent with equal parental responsibilities. Interestingly enough, no such provision currently exists within Florida law. In Senate Bill 250, in order to obtain an unequal time-sharing schedule, the court must consider many of the factors that were considered in determining the best interests of the child. Interestingly enough, Senate Bill 250 adds in a couple extra considerations in the determination, including:

Similarly, under Senate Bill 250, not only must the court consider such factors, but the court must also support the court order by a written finding of fact if it decides to provide an unequal time-sharing schedule. Finally, the bill proposes to add in the requirement that there can be no modification of a parenting plan, parental responsibilities, or a time-sharing plan, without a determination of the best interests of the child, and a showing of a material change in circumstances.

Even though Senate Bill 250 ultimately died within the House, it is still possible for reform to be made to current child custody regulations.