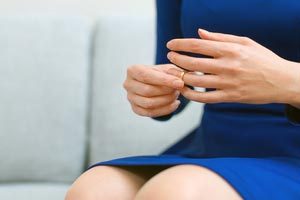 Divorce is a deeply personal process and nobody has exactly the same divorce experience as anyone else. However, as individualized as the Florida divorce process ultimately is, there are some similarities between the reasons people often choose to get divorced. One of those reasons is when one spouse is unfaithful to the other. Cheating on your spouse with another individual, also known as adultery or infidelity, has been the downfall of many marriages and continues to have a negative impact on marital relationships in Florida each day. For individuals dealing with adultery in their marriage, both spouses often wonder exactly how adultery will affect their marriage. Even people who have not committed adultery sometimes question the effect an affair might have on their marriage. This post discusses some of the ways adultery can affect your Florida divorce.

Most people are familiar with how adultery works. Merriam-Webster defines adultery as voluntary sexual intercourse between a married man and someone other than his wife or between a married woman and someone other than her husband. The part of the relationship that qualifies it as adultery is sexual intercourse, without which adultery cannot occur. Florida law actually still considers adultery to be a misdemeanor crime punishable by up to 60 days in jail and/or a fine of up to $500, but do not expect police to respond to your spouse’s extramarital affair, as they are unlikely to pursue charges.

Over the past several decades, adultery has played a less important role in Florida divorce than it once did. Florida, like many other states today, is known as a “no fault divorce” state. That means a divorce can be granted without assigning fault to one particular spouse. Therefore, adultery has little impact on the actual divorce process other than a likely strain on communication between both spouses. However, that does not mean that adultery does not play a role in the divorce process at all, as it can still have an important impact on a Florida court’s decisions during the divorce process.

Potential Impact of Adultery on Your Florida Divorce

There are three ways that adultery can potentially impact your Florida divorce – division of property, custody determinations, and/or alimony. Whether an adulterous relationship will impact any or all of these factors or not often depends on the exact nature of that relationship and the circumstances surrounding it. However, the following effects are not uncommon in a Florida divorce in which adultery is a factor.

Florida is an equitable distribution state when it comes to division of marital property. However, equitable does not always mean equal. That means that assets and debts are typically split between spouses as close to equally as is fair, but other factors may impact the exact division. This is particularly true when the spouse committing adultery used marital funds on the adulterous relationship. Sometimes, a spouse committing adultery can become significantly financially invested in the extramarital affair. This can lead to that spouse draining marital assets to support the affair in one way or another. When a judge is determining how assets should be split in the final divorce decree, the judge may consider that the spouse committing adultery has caused financial injury to the non-adulterous spouse and divide property accordingly to make up for that loss.

Alimony, also known as spousal support or spousal maintenance, is available under certain circumstances in a Florida divorce. Some factors Florida law allows judges to consider when determining an appropriate alimony award include but are not limited to:

In some situations, adultery can be a relevant factor. Florida law also specifically allows the court to consider adultery when determining alimony.

Legal Assistance with Your Florida Divorce