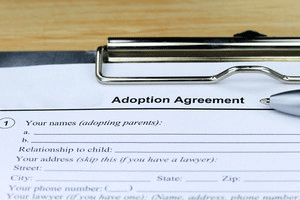 In raising a family, one of the primary goals of the parents should be to provide stability for any children in the marriage. There are times, however, when it may be necessary for families to relocate to another city, or even to another state. While it is not uncommon for families to move from one area to another, doing so can raise a number of questions for parents, especially if they have involved the court, either through divorce or adoption, in building their family. While divorce issues are fairly common, some people may have questions about the validity of a state’s adoption decisions, and its validity in other states. Fortunately, the Supreme Court has recently issued a ruling concerning the validity of a jurisdiction’s adoption order.

When talking of the Constitution of the United States, a great deal of discussion goes to issues found in the Amendments, such as the issue of free speech, or the right to bear arms. While many people tend to focus on the Amendments to the Constitution, looking to the Articles of the Constitution can help determine the legality of certain actions. One such provision, known as the Full Faith and Credit Clause, in Article IV of the Constitution provides that “Full Faith and Credit shall be given in each State to the public Acts, Records, and judicial Proceedings of every other State.” The purpose of this Clause is to further unify the separate States, and to prevent injustice by unequal application of other judgments.

While not all public acts and records are recognized throughout the states, it has generally been held that judgments or judicial orders are entitled to a greater deal of respect and deference than laws or records. One widely recognized example is that of marriage and divorce. While no state has to recognize a marriage engaged in another state, especially if it violates public policy, all states that have jurisdiction must recognize and enforce orders of divorce. This is because, while marriage is typically a ceremony and contains a public record, the order for divorce is a direct judgment from the court. As such, it is generally afforded much more weight than other records or acts.

Divorce is not the only family law issue that concerns a court judgment, however. Many other family law issues, such as child custody or support, also obtain protection under the Full Faith and Credit Clause. Recently, however, a question arose regarding the validity of adoption orders in other states.

Even though both parties spent time and effort raising the children, because V.L. was not a natural parent, only E.L. had full custody over the minor children. In order to provide V.L. with legal rights over the children, both V.L. and E.L. decided to have V.L. adopt the minor children. In order to facilitate the adoption, the couple rented a home in Georgia, in order to obtain residency and jurisdiction within the state. The couple then filed a petition for adoption in the Superior Court of Fulton County, Georgia. E.L., who was present throughout the proceedings, consented to the adoption by V.L. without waiving her own parental rights. The Georgia court determined that V.L. satisfied the legal requirements of Georgia law and entered a final judgment allowing V.L. to adopt the minor children. In addition, the court also recognized that both V.L. and E.L. were parents of the minor children.

Unfortunately, the relationship between V.L. and E.L. began to sour, and they ended their relationship in 2011. At the time, both parties lived in Alabama, and remained within the state after the split. V.L. then filed a petition in the Circuit Court of Jefferson County, Alabama, claiming that E.L. had denied her visitation with the minor children, and that E.L. interfered with V.L.’s parental rights. V.L. sought to have the Alabama court register and recognize the Georgia adoption decision, and award her custody or visitation rights. While both the Trial Court and Appeals Court recognized the Georgia adoption judgment, the Alabama Supreme Court held otherwise. In deciding against V.L., the Supreme Court of Alabama reasoned that the Full Faith and Credit Clause did not apply in this situation, and that Georgia had no jurisdiction to enter a judgment allowing V.L. to adopt the minor children while also recognizing E.L.’s parental rights.

While this case occurred in other states, the rule holds fast for all jurisdictions in the United States. A judgment, including adoption judgments where the court has been issued jurisdiction by state law, can be enforced in other states due to the Full Faith and Credit Clause.